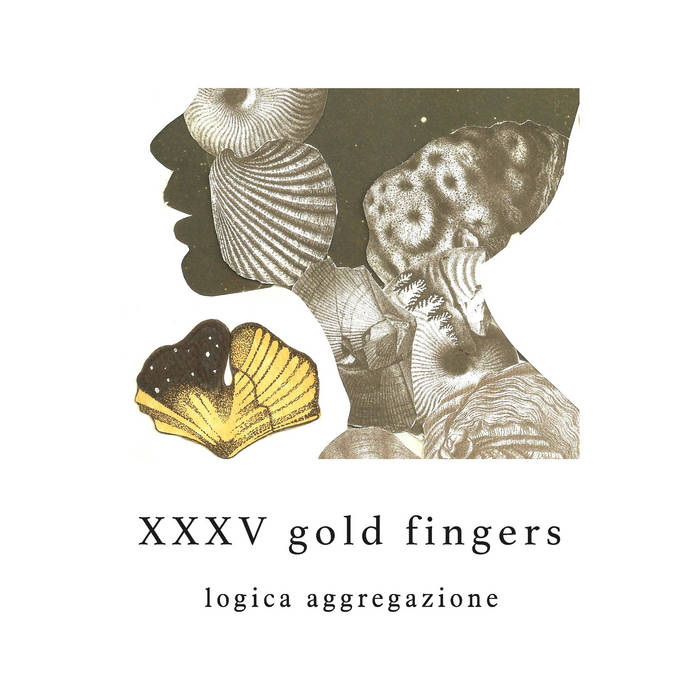 Logica Aggregazione is the debut album from Marco Erroi, produced under the name of XXXV gold fingers.
A long playing conceptually based on investigating the human beings and its ever-evolving logic in relation with the society and the surrounding. 11 tracks which completes sound recordings, guitars, vocals, keyboards and tambourines, drawing a bright and intense sound path made of ambient, folk, experimental and concrete music.
All influences that sum up approaches and behaviors of Marco Erroi, who gave us an otherworldly album to be passed through, with mind and soul.

Starting slowly with some chords and live sounding downbeat drums of 'Pensiero Sorgente', ‘Sintonizzazione’ is then wired up with glistening pads, crisp drum hits and Balearic chords thats are both thoughtful yet arresting. ‘Teatro Mondo’ teases with a distant acid line and beautiful keys dangle above broken beats, ‘Universe 303’ is a heavenly piece of music with big guitar licks and acid squelches, delicate synth lines and celestial beauty oozing from within. ‘Antinomia’ is a zoned out sonic day dream with the sound of distant vocals mired by pixelated chords, while ‘Trasformazione’ is another blissful mix of emotional chords and sharp electronic sounds that sinks you into a reverie. The second half of this most compelling album touches on sun bleached ambient on ‘Pioggia a Berat’, shimmering and beatless electronics on ‘Antenne GG2’ and superbly pensive compositions like the serene synths of ‘Amnesia Uno’ and darker, more ominous atmospheres of ’Totalmente Altro’, which has treated vocals drifting between lo-fi crackle, sparse chords and folk strings. Last of all, ‘Terab’ sounds like listening in on a distant call to prayer and is utterly soothing.
This is an otherworldly album full of evocative musical expressive and innovative ideas that takes you on a trip both inside and outside yourself.
_

tape tales is an indie record label interested in releasing experimental electronic music in limited edition: a series of audio-cassettes conceived as a unique sound story produced and narrated by the artist himself.
More at: www.tapetales.it

Bandcamp Daily  your guide to the world of Bandcamp

New sounds from Mavi, Ivy Sole & Moderator, plus AJ, the One joins the show, for her latest release